This comparative image highlights many of the differences between the actual pistol that is being used by the United States Army, and the Sig Sauer, wich will replace it.  It includes firing mechanism (stryker-fired vs. hammer-fired), capacity (17 or 21 rounds vs. 15 rounds) and frame type (polymer vs. steel), among other areas. It’s not exactly a fair comparison because the M9 dates to the Cold War while the P320 came out in 2014. A more accurate comparison — at least for the purposes of analyzing the pistol choices before the Army in the Modular Handgun System, or MHS, program — might have been using Beretta’s M9A3, an upgraded version the company submitted to the service for the acquisition effort. Note that the Sig used in the graphic is the commercial full-size model — not the pistol the Army selected as the full-size MHS. As shown in the image above, the service’s full-size version features a cut-back frame on the attachment rail, possibly for weight-savings, and a manual safety mounted on the frame. And it’s worth noting that the service has not yet publicly released specific unit cost information, so take the cost references with a grain of salt.

Still, the side-by-side is noteworthy and highlights the evolution in small arms technology over the past few decades. The MHS program, meanwhile, continues despite a protest by Glock, which submitted its Glock 17 and Glock 19 models for consideration.

5 things you should know about the Modular Handgun System competition: 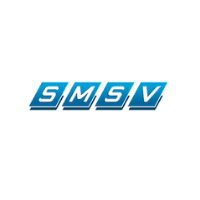